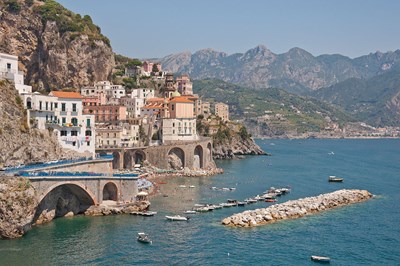 The Amalfi Coast
The Amalfi Coast is a stretch of coastline on the southern coast of the Sorrentine Peninsula in the Province of Salerno in Southern Italy. The Amalfi Coast is a popular tourist destination for the region and Italy as a whole, attracting thousands of tourists annually. During the 10th–11th centuries, the Duchy of Amalfi existed on the territory of the Amalfi Coast, centered in the town of Amalfi, until it was sacked by the Republic of Pisa in 1137.
Source: wikipedia.org
Tags
Travel
Featured Lists
This goal was mentioned in the Feature List:
National Geographic 50 Places of a Lifetime

Take a boat trip from Marina Grande to the Blue Grotto

See the catacombs and mummies at the Capuchin Monastery

Attend the Verona in Love festivities

Learn to make pasta in Italy

Latest Activity
49 people want to do this. 4 people have done this.