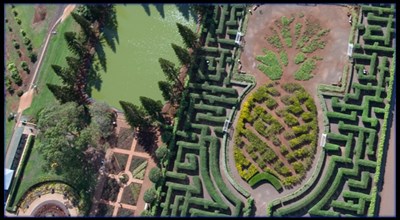 Dole Plantation Maze
In 2008, Dole Plantation’s giant Pineapple Garden Maze was declared the world’s largest maze. The maze stretches over three acres and includes nearly two and one-half miles of paths crafted from 14,000 colorful Hawaiian plants. Walk through the flora of the islands as you seek out eight secret stations that each lead you closer to the mystery at the heart of this larger-than-life labyrinth, one of only a handful of permanent botanical mazes in America.
Source: dole-plantation.com
Tags
Famous LandmarksOutdoor Adventure
Featured Lists
This goal was mentioned in the Feature List:
Handpicked Ideas #2

Kayak to the Mokes

Latest Activity
324 people want to do this. 29 people have done this.