Tags
Books
Featured Lists
This goal was mentioned in the Feature List:
18 Things You Want to Listen to

Sleep under the stars - added by projectorsupernova

Learn how to invest in stocks - added by projectorsupernova

Watch a play at a local theater - added by jesswithatail

Get a facial - added by sandres72

Identify 100 things that make me happy - added by sandres72

Finish the first draft of my novel - added by sandres72

Live in a foreign country for one month - added by projectorsupernova

Latest Activity
345 people want to do this. 67 people have done this. 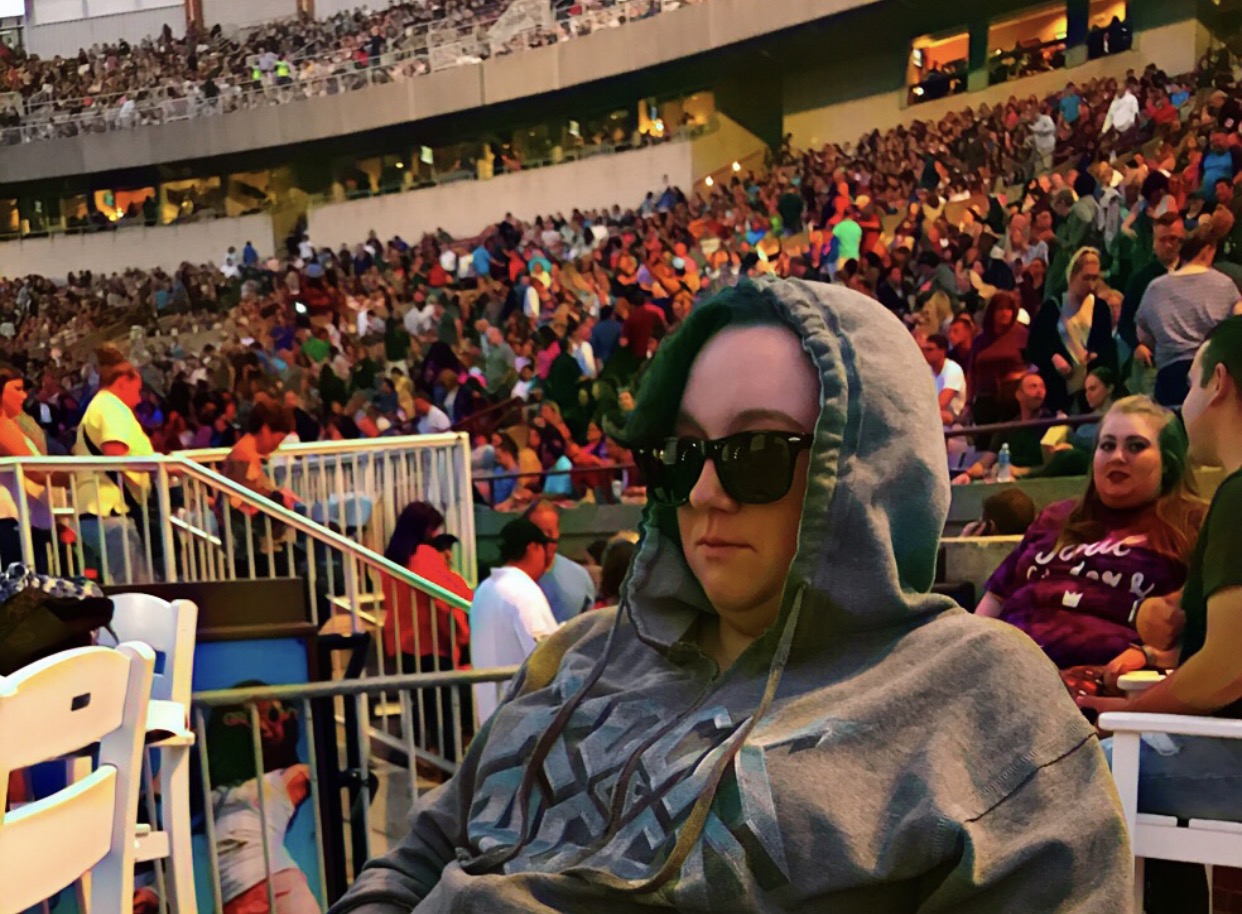 Note added by Maria Kazantzi. 2 years ago
4.The inexplicable Universe:Unsolved Mysteries
5. American Gods
6. The lies of Locke Lamora
7. Binti
8. All these worlds
9. Storm Front
10. The Final Empire
11.The well of Ascension

Note added by Maria Kazantzi. 2 years ago
3. For we are many

Note added by Maria Kazantzi. 3 years ago
2. City of bones

Note added by Carey Selko. 3 years ago
Marvel: everybody wants to rule the world
Marvel: civil war
Marvel: the death of captain america

Note added by wendy . 4 years ago
1. The Hound of the Baskervilles - Arthur Conan Doyle
2. Life of Pi - Yann Martel
3. Middlemarch - George Elliot
4. Madame Bovary - Gustav Flaubert
5. Turn of the Screw - Henry James
6. To Have and Have Not - Ernest Hemingway
7. Anna Karenina - Leo Tolstoy 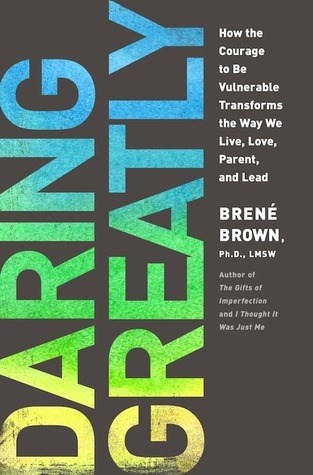 Daring Greatly: How the Courage to Be Vulnerable Transforms the Way We Live, Love, Parent, and Lead - Completed 10/18/15

I didn't write a review for this book, but I do recommend it. I have another book by Brené Brown that I'm now looking forward to reading.

In Fifty Years We'll All Be Chicks...And Other Complaints from an Angry Middle-Aged White Guy - Completed 5/29/15

Adam Carolla reminds me of the late, great George Carlin: he takes his views on life and politics and uses ribald and sarcastic humor to share his overly honest opinions. And with my life being at a way-too-serious stage right now, this book was just what I needed. I think I laughed or smiled at every other sentence, even when I didn’t agree with him.

In a nutshell, the author’s premise is that American men have become soft, and he lists a lot of hysterical reasons why…and some offensive reasons if you take him seriously. From there, he expounds on the plethora of other problems that annoy him. (By the way, why a nutshell? We don’t pack anything in nutshells that I’m aware of. Why not one of those little boxes that jewelers put rings in when you purchase them?)

I had heard of Adam Carolla before reading this book, but I’d never seen or heard any of his TV or radio shows or read his other books. I’m not going to be rushing to see anything else by him after reading In Fifty Years We’ll All Be Chicks, but I liked it and recommend it to anyone who doesn’t get offended by his type of humor. 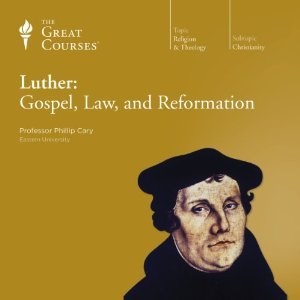 This was a "book" I ordered from Audible, and it was presented as a lecture in 24 half-hour sessions in one recording. I had expected this to be much more of a biography than it was; that's what I had been hoping for. I was at first annoyed with the additional subject matter, but, from time to time, I enjoyed the unexpected bits of history and theology.

I was really surprised at some of the topics the lecturer discussed regarding Luther, which ranged from illuminating to outrageous. That wasn't necessarily a bad thing. I did, however, disagree with several statements made by this professor. I would have loved to read the course's bibliography so that I could see where these ideas came from, but it was not available to me in my version, if one is included at all in the Great Courses series.

Since I had expected a biography discussing Luther's life and theology, I did not like when the lecturer interjected his opinions. To me, they seemed very out of place. However, since I was wrong about this course being strictly a biography, there certainly were times when his opinions provided useful details or compelling points to ponder. 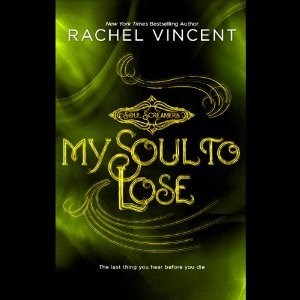 This creepy book was a lot of fun to read. Its premise was very original and it's a great prequel to the Soul Screamers series. I have not read the series, but this book does make me want to get those next. If I had any room to add to my slated book list, I'd get that series now, because if it's as good as My Soul to Lose, it's going to be great.

If I had any complaints about the story itself, it would be this: The protagonist repeated SO MANY of the things that people said to her, as did her doctor. That was getting annoying.

Apart from the author's work, I did not particularly like the narrator for my audiobook. She wasn't awful, but she could have been a whole lot better. 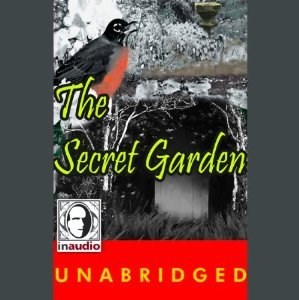 I first learned of this book in elementary school, and all these years I felt drawn to read it again. It was strange, though, because I remembered nothing about it. I found it last year on Audible and purchased it, and I'm so glad I did. My memory wasn't really jogged at all during this reading, yet I'm pleased as punch to have read it. This is a very charming book, full of secret places and secretive people. As each new thing is discovered, the story deepens. It was incredibly fun to read. And as this was an audiobook, I have to praise the narrator, as well. She was wonderful and gave voice to each distinct character (using several dialects), both male and female, and all were very convincing and added a beautiful layer to the story. I'd love to be a child again and be one of the children in this secret garden. 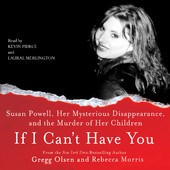 If I Can't Have You: Susan Powell, Her Mysterious Disappearance, and the Murder of Her Children - Completed 1/30/15

The authors of this book did a fantastic job of relaying the mystery surrounding the disappearance of Susan Powell and the murder of her children. A great many details were included regarding all of the people involved, the searches, the Powell family history, and the boys' murders, which made for excellent, yet horrifically disturbing, reading.

The creators of this Audible version, however, should never have used this particular female narrator. Her voice was highly irritating and she sounded like a robot. I was very thankful that the male reader did most of the talking. 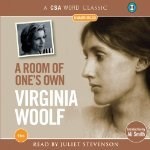 I just love everything I've read by Virginia Woolf. This particular book speaks eloquently of the position of women writers of times past, and explains beautifully the need for a woman to have money enough and her own room if she is to write works of art. This is feminist writing at its best: stating the position, intelligence, capabilities, and needs of women without succumbing to belittling the opposite sex. 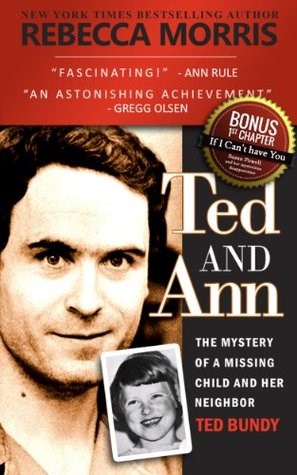 Ted and Ann: The Mystery of A Missing Child and Her Neighbor Ted Bundy - Completed 7/2/14

Very well written. I couldn't put this down! 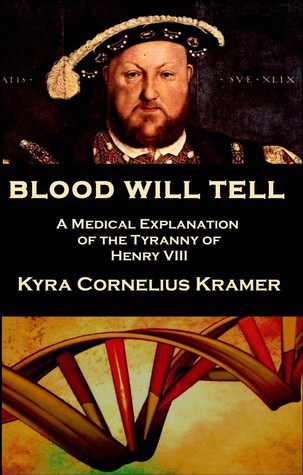 Blood Will Tell: A Medical Explanation of the Tyranny of Henry VIII - Completed 6/3/14

Kyra Kramer has presented some very interesting theories about the possible medical reasons behind King Henry VIII's tyranny. I found it fascinating that his health may have been what caused his evil behavior, not to mention changing the course of history in the process. Whether the king actually suffered from these diseases or not, I really enjoyed considering his situation from the author's perspective.

Note added by wendy . 4 years ago
1. The Hound of the Baskervilles - Arthur Conan Doyle
2. Life of Pi - Yann Martel
3. Middlemarch - George Elliot
4. Madame Bovary - Gustav Flaubert
5. Turn of the Screw - Henry James
6. To Have and Have Not - Ernest Hemingway

Note added by Ben Craig. 4 years ago
7 done so far!

Note added by wendy . 5 years ago
1. The Hound of the Baskervilles - Arthur Conan Doyle
2. Life of Pi - Yann Martel

Note added by Alicia B. 5 years ago

Note added by wendy . 5 years ago
1. The Hound of the Baskervilles - Arthur Conan Doyle

Note added by Faith. 5 years ago
1. The Lost Hero
2. Is Everyone Hanging Out Without Me? (And Other Concerns)
3. Julius Caesar

Note added by Laura Wilson. 6 years ago
Finished the Harry Potter series. I'll count this as 1 book though.

Note added by Ashleigh Barry. 6 years ago
The Land of Stories: The Enchantress Returns