4 people have been here. 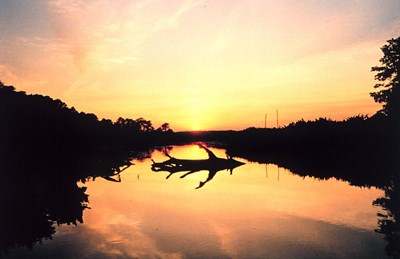 ABOUT MARYLAND
Maryland on the Mid-Atlantic, nicknamed America in Miniature, has a little bit of everything: both sea and mountain, urban and rural, historic and modern. It ranges from some of the nation's most densely populated areas around Washington, D.C., to bucolic rural areas in the east around the Chesapeake Bay and Eastern Shore, and in the Appalachian Mountains in the west. Baltimore is the state's biggest city, with literal boatloads of tourist attractions around its Baltimore/Inner Harbor; Annapolis, with its historical maritime charm, is its capital.
Popular Goals

Visit the National Aquarium in Baltimore
The National Aquarium in Baltimore is a public aquarium located at 501 E Pratt St. in the Inner Harbor area of Baltimore, Maryland, USA. It was opened in 1981 and was constructed during Baltimore's urban renewal period. The aquarium has an annual attendance of 1.6 million to see its collection of 16,500 specimens of 660 different species. Particular attractions include the dolphin display, rooftop rainforest, and central ray pool, and multiple-story shark tank.

Visit the Inner Harbor, Baltimore
The Inner Harbor is a historic seaport, tourist attraction, and iconic landmark of the City of Baltimore, Maryland, United States. The harbor itself is actually the end of the Northwest Branch of the Patapsco River and includes any water west of a line drawn between the National Aquarium in Baltimore and the Rusty Scupper restaurant.

Antietam National Battlefield is a National Park Service protected area along Antietam Creek in Sharpsburg, Maryland which commemorates the American Civil War Battle of Antietam that occurred on September 17, 1862. The area, situated on fields among the Appalachian foothills near the Potomac River, features the battlefield site and visitor center, a national military cemetery and a field hospital museum. Today, over 330,000 people visit the park each year.

Visit Chesapeake Bay
The Chesapeake Bay is the largest estuary in the United States. It lies off the Atlantic Ocean, surrounded by Maryland and Virginia. The Chesapeake Bay's drainage basin covers 64,299 square miles (166,534 km) in the District of Columbia and parts of six states: New York, Pennsylvania, Delaware, Maryland, Virginia, and West Virginia. More than 150 rivers and streams drain into the Bay.

Visit the Maryland Science Center
The Maryland Science Center, located in Baltimore's Inner Harbor, opened to the public in 1976. It includes three levels of exhibits, a planetarium, and an observatory. It was one of the original structures that drove the revitalization of the Baltimore Inner Harbor from its industrial roots to a thriving downtown destination. In 1987, an IMAX theater was added, but the museum continued to show its age as the end of the 20th century approached.

Eat blue crabs on the water in Maryland
The Southern Maryland Blue Crabs is an American professional baseball team based in Waldorf, Maryland. They are a member of the Liberty Division of the Atlantic League of Professional Baseball, an independent baseball league which is not affiliated with Major League Baseball. From the 2008 season to the present, the Blue Crabs have played their home games at Regency Furniture Stadium. They represent the counties of Charles, Calvert, and St.

Visit Baltimore
Baltimore is the largest city in the U.S. state of Maryland. It is located in the central area of the state along the tidal portion of the Patapsco River, an arm of the Chesapeake Bay. The independent city is often referred to as Baltimore City to distinguish it from surrounding Baltimore County. Founded in 1729, Baltimore is the largest seaport in the Mid-Atlantic United States and is situated closer to Midwestern markets than any other major seaport on the East Coast.

Fort McHenry, in Baltimore, Maryland, is a star shaped fort best known for its role in the War of 1812 when it successfully defended Baltimore Harbor from an attack by the British navy in the Chesapeake Bay. It was during this bombardment of the fort that Francis Scott Key was inspired to write "The Star-Spangled Banner", the poem that would eventually be set to the tune of the The Anacreontic Song, to become the national anthem of the United States.
Festivals and Events

Attend the Festival of Trees
Other Goals

Eat blue crabs on the water in Maryland

Visit the birthplace of Harriet Tubman

Climb to the top of Baltimore's Washington Monument

Sleep in a tree house at Maple Tree Camp in Rohrersville

Go on a Pub Crawl in Old Ellicott City

Hike all of Appalachian Trail in Maryland 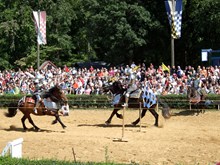 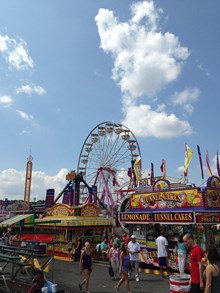 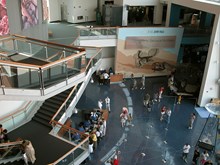